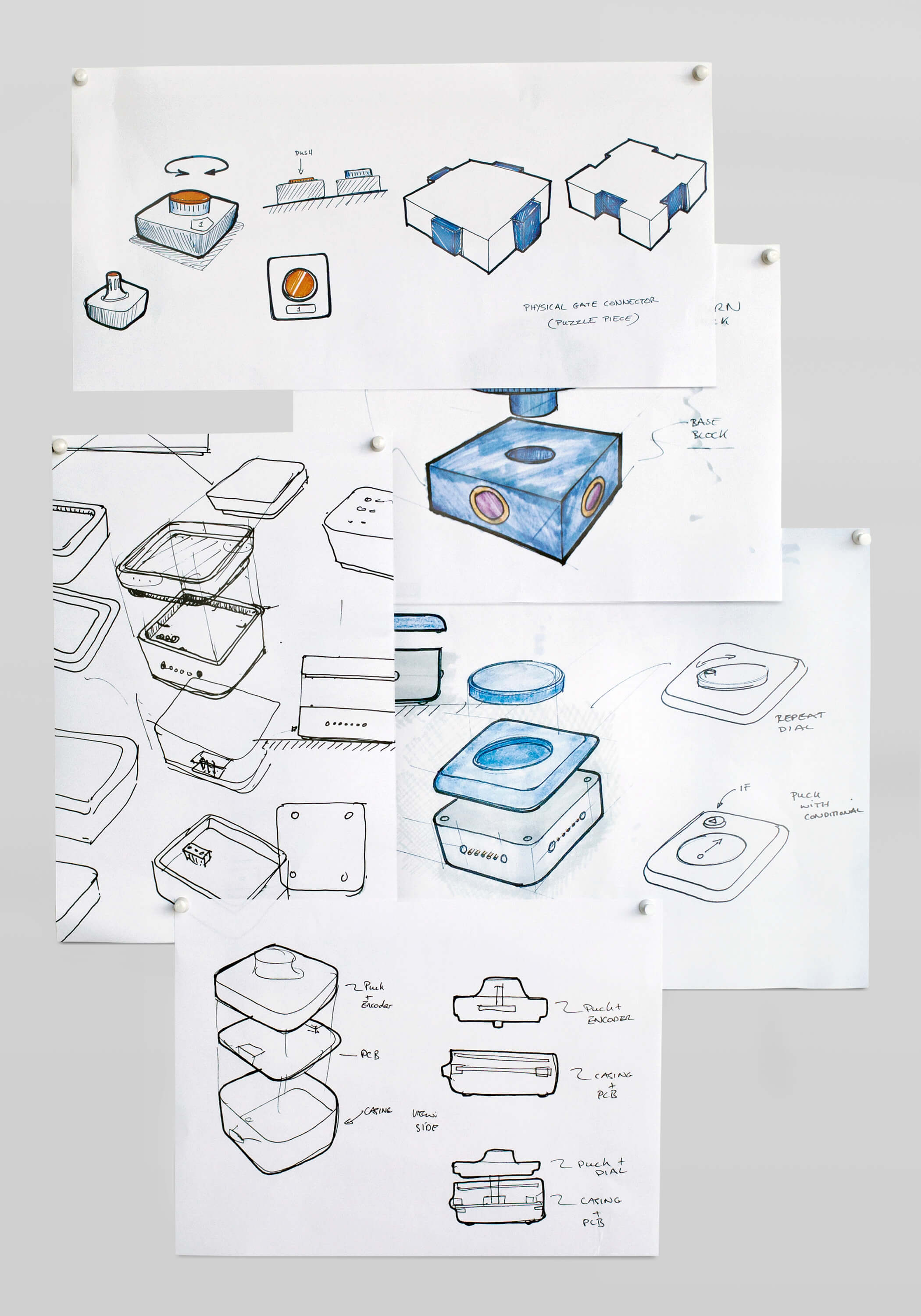 Project Bloks was conceived in 2013 and research concluded in 2018. It began when a small group of interaction designers and programmers in Google Creative Lab got together. We wanted to help get the powerful ideas of computational thinking into the hands of younger kids by building on the long-standing academic research into using tangibles for learning.

We started small — doing extensive research into the existing lineage of tangibles, so we could figure out how to push the conversation forward. Pretty soon the project gathered pace, garnering interest from Google’s Education and Research teams, and along the way we developed relationships with Paulo Blikstein, Director of the Transformative Learning Technologies Lab, Stanford, and IDEO, experts in human-centered design.

Creating a platform that does the technical heavy-lifting for developers, designers, and researchers meant they could focus on innovating, experimenting and creating new ways to help kids develop computational thinking.